The Annual Conference on clinical research for the treatment of Huntington's disease will tale place on December 3, 2021.

Representatives of pharmaceutical companies with investigational molecules will tell us what they have learned from previous studies and where they are today. As always, patients and researchers will also be there to ask and receive questions.

The Conference will take place online on the Rafiky platform.
Simultaneous Italian/English and vice versa translation will be provided.

Registration: Registration is requested in order to participate. All registered people will receive via email, a few days before, the link to follow the conference. 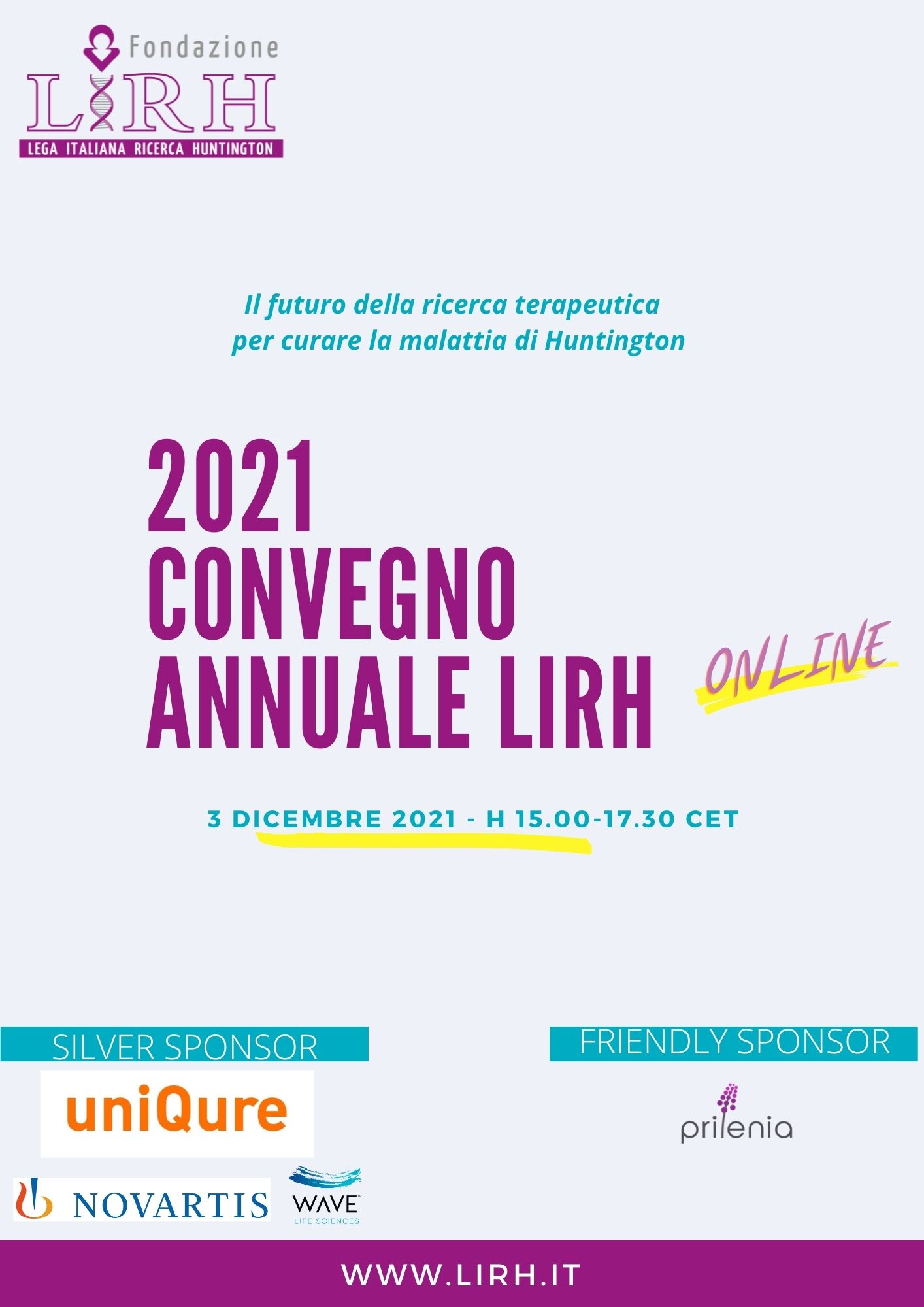 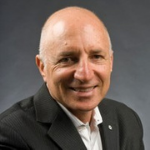 Michael Hayden - Prilenia Therapeutics
Dr. Hayden is a Killam Professor at the University of British Columbia, the highest honor UBC can confer. Dr. Hayden is also Canadian Research Chair in Human Genetics and Molecular Medicine. Dr. Hayden was the President of Global R&D and Chief Scientific Officer at Teva from 2012-2017.
During this time, approximately 35 new products were approved in major markets, many for diseases of the CNS. Dr. Hayden is the co-founder of five biotechnology companies: Prilenia, NeuroVir, Xenon Pharmaceuticals Inc., Aspreva, and 89bio. Author of approximately 900 peer-reviewed publications, Dr. Hayden has focused his research primarily on translational medicine, including genetics, lipoprotein disorders, Huntington disease, predictive, personalized medicine and drug development. Dr. Hayden also identified the first mutations underlying Lipoprotein Lipase Deficiency and developed gene therapy approaches resulting in the first approved gene therapy product (Glybera) in the world. Dr. Hayden is the recipient of numerous prestigious honors. Most recently, Dr. Hayden was awarded the David Dubinsky Humanitarian Award from the American Friends of Soroka Medical Center. He was inducted into the Canadian Medical Hall of Fame in 2017. He was named one of PharmaVoice’s “100 of the Most Inspiring People” (2015); awarded an Honorary Doctorate of Science by the Universities of Gottingen (2014) and Alberta (2009); the Luminary award by the Personalized Medicine World Conference (2014); the Diamond Jubilee Medal (2012) on behalf of HRH Queen Elizabeth II, the Killam Prize by the Canada Council of the Arts (2011), and the Canada Gairdner Wightman award (2011). Dr. Hayden has been awarded the Order of Canada (2011) and the Order of British Columbia (2010). He was named Canada’s Health Researcher of the Year by CIHR (NIH of Canada) in 2008 and received the Prix Galien in 2007. Dr. Hayden is committed to empowering others. In addition to mentoring over 100 graduate students and postdocs, he is also a TED mentor. 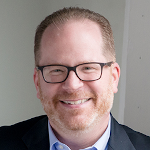 Mike Panzara - Wave Life Science
Michael A. Panzara, MD, MPH is currently Chief Medical Officer, Head of Therapeutics Discovery and Development at Wave Life Sciences, overseeing therapeutic research and development efforts.
He has over 20 years of experience developing therapies for neurological disorders having served in leadership roles at Sanofi, Genzyme, and Biogen before joining Wave in 2016. Panzara received his undergraduate degree from the University of Pennsylvania, medical degree from Stanford University, trained in neurology at Massachusetts General Hospital with post-doctoral training in immunology and rheumatology at Brigham and Women's Hospital, and received his Master of Public Health degree from the Harvard School of Public Health. 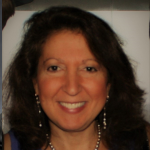 Beth Borowsky - Novartis Pharmaceutical
Beth Borowsky is an Executive Director and Senior Global Program Clinical Head in Neuroscience at Novartis Pharmaceutical Corporation, where she has been since 2018.
Prior to Novartis, Beth spent 12 years doing clinical research and development for Huntington’s Disease, first at CHDI Foundation, where she was the Director of Translational Medicine, and then at Teva Pharmaceuticals, where she was a Senior Clinical Development Director. Prior to that, Beth spent 13 years in CNS drug discovery and development with Sanofi-Aventis and Synaptic Pharmaceuticals. Beth has served on Scientific Advisory Boards for both Huntington’s Disease Society of America and Brain Canada-Huntington Society of Canada. Beth received a BS in Psychology and Neurobiology from Rutgers University, and a PhD in Pharmacology from Duke University Medical Center. She completed her post-doctoral training at the National Institute of Mental Health. 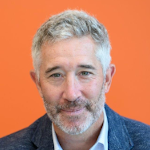 Daniel Leonard - UniQure
Daniel Leonard is the Senior Director of Global Patient Advocacy at uniQure, a pioneering biotechnology company developing gene therapies for rare diseases.
UniQure has an active clinical trial in Huntington’s disease, and Dan works closely with Huntington’s disease patient organizations. He serves as an ambassador to the patient community and as an internal advocate for patients’ interests. Dan has spent over 21 years working in the biotech industry. Prior to joining uniQure, he spent 16 years at Genzyme, a company known as a leader in patient centricity. He is now a frequent speaker at conferences on the topic of patient advocacy with a focus on the gene therapy space. 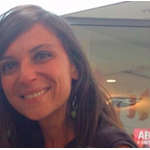 Barbara D'Alessio - LIRH
President and CEO of the LIRH Foundation, graduated in law from the Sapienza University of Rome, Master in Marketing and Master in Patients Advocacy Management from the Cattolica University in Rome.
She has over 20 years of experience in the non-profit sector. She has been active in the Huntington Community since 2012. 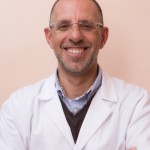 Ferdinando Squitieri
Ferdinando Squitieri is a neurologist with a PhD in Neurobiology. He has been studying and treating patients with HD and juvenile onset HD (JoHD) over the last 30 years.
He is Head of the Huntington and Rare Diseases Unitat Fondazione IRCCS Casa Sollievo Sofferenza Research Hospital in San Giovanni Rotondo and Head of the Neurology Departmentat CSS-Mendel Institute In Rome. He Is also Co-founder and scientific officer of Lega Italiana Ricerca Huntington (LIRH) Foundation and associated researcher of the Italian National Research Council (CNR). 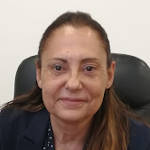 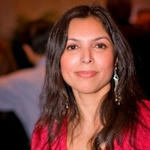 Anu Bhattacharyya - PTC Therapeutics
Dr. Anu Bhattacharyya has over 17 years of biotech experience, especially in leading the discovery and development of small molecules at PTC Therapeutics. She received her Ph.D. in Microbiology from Columbia University and completed a postdoc in Molecular Biology at the National Institutes of Health before joining PTC. As a project leader of multiple CNS projects, she has run drug discovery programs for Alzheimer’s, Parkinson’s, Spinal Muscular Atrophy (SMA), Huntington’s Disease & other nucleotide repeat diseases (NRDs).