Huntington's disease can rarely begin in childhood or adolescence, well before the age of majority. In this case, clinical signs can be very different from the adult form. Therefore, the so-called juvenile form is often difficult to recognize when it involves children or young people (paediatric form).

Paediatric forms of disease are associated with particularly extensive mutations in length, generally inherited from male parents affected by the disease. In these cases, there are more than 80 repeated CAG trinucleotide expansions and the disease may start with a delay in psychomotor development in the early years of life. In the very rare earliest conditions described so far, the onset is reported even from 18 months of life.

In general, the disease starts at school age with a difficulty in language expression, learning and correct walking. Therefore, the attention of teachers who may be the first to notice a discomfort at school is fundamental. The classic involuntary movements (chorea) are almost never present, but rather postures of the limbs and trunk, called muscular "dystonia", develop. In some cases, slowness, rigidity, seizures and symptoms of the autistic spectrum may occur. Recent research has described a more aggressive course in these unfortunate cases, associated with alterations in the development of precise brain areas called striatum, a deep section of the brain responsible for the motor function.

In the past, Huntington's disease with an early onset before the age of 20 was defined as the "juvenile form" (or Juvenile Huntington disease - JHD). It was a conventional definition, which arose from the objective difficulty of recognizing the biological and clinical differences between the juvenile and the adult form.

Thanks to recent discoveries, the scientific community recognizes the paediatric variant as the "true" juvenile form, being clinically and biologically different from that of the adults.

LIRH follows with special attention the evolution of scientific research on pediatric Huntington's disease (PHD) and actively collaborates with international organizations and working groups aimed at developing a cure for this variant of the disease, as well as for the adult form. The European Huntington’s Disease Network (Euro-HD) and the Huntington Study Group (HSG) are networks of researchers and family members from all over the world who come together to discuss this difficult issue.

LIRH is one of the few organizations that have specifically contributed to the development of new important scientific findings on the paediatric form of Huntington's disease and has recently promoted the setting up of "Noi Huntington", a non-profit organization that aims to attract particular attention to the hardship of young people in our country, in collaboration with international organizations having the same purpose.

Watch the video of the webinar "A challenge in neurogenetics: Huntington disease in kids", part of the series of webinars promoted by European Reference Networks for Rare Neurological Diseases (ERN-RND) and Neuromuscular Diseases (ERN-EuroNMD) and the European Academy of Neurology (EAN), by Ferdinando Squitieri.

Find out more about the difference between Huntington's disease in adults and children, read the Interview

Spazio huntington: a center dedicated to the pediatric disease

The Foundation has promoted the setting up of a center dedicated to Huntington's disease in children, in collaboration with the Children's Hospital Bambino Gesù. For the first time, experienced Huntington neurologists and pediatric neurologists are working together to give hope to even the youngest children. 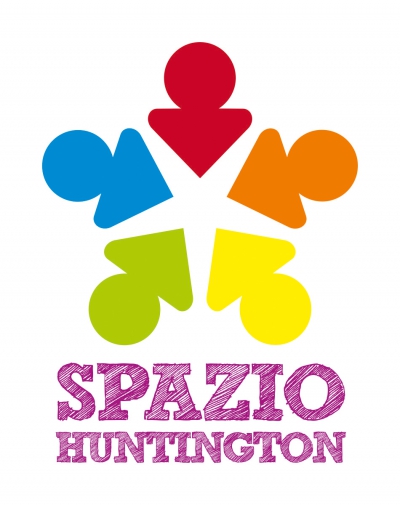