He knew only that his child was his warrant. He said: If he is not the word of God, God never spoke. Cormac McCarthy, The Road

"Melissa was tested positive with Huntington's disease when she was 7*.  When she was born, she was perfectly healthy, or at least that was the clinical picture, but I had already noticed something strange. Yes, I have been taking care of my sister-in-law for 20 years and of my husband for 10 years. I recognize immediately those movements, those looks. I have the radar, not even a DNA test is needed!

When Melissa was 5 years old, she started falling down a lot, the nuns at the kindergarten noticed it too. So, we decided to look into it further by contacting some psychotherapists who attributed her symptoms to "the abandonment syndrome."

Melissa and her sister Desire had a difficult childhood. Their parents fought often and brutally. One day, during another fierce argument, my son violently beat my daughter-in-law. After that fight, she reported him and left him and the girls.

The social workers were involved. I tried in every way to prevent the girls from being taken to an Institute, I fought for custody and fortunately, after a year, I obtained it.

Melissa was just two years old when she was taken from her mother's care: it was not surprising that she experienced this event traumatically, but I knew that the origin of her symptoms was not only psychological. The gaze, the hand movements, the frequent falls, it was more and more clear to me what was wrong in Melissa. We went on with the clinical investigation, I sought the opinion of a neuropsychiatrist for the activation of the scholastic support, but after a while I took her to Professor Squitieri, who had already assisted my sister-in-law and my husband.

The girls' mother now lives in Tuscany, she got married again and has another daughter. Sometimes she calls them, sometimes she comes to visit them, but with Melissa she is always very cold, she seems almost afraid of her. My son, on the other hand, lives in Kenya. He went there for pleasure, then found a job in a construction company and decided to stay. We have video calls, but he doesn't suspect anything about Melissa's condition. On video calls he doesn't see her walking or running. When he left, she was already doing rehabilitation for problems which we thought to be consequent to the abandonment by her mother. He does not know, and must not know, anything more than that. When I will visit him, I will tell him that the girl is still doing rehab and that we are pursuing clinical investigations. I am afraid that he might hurt himself: my son is violent, towards himself and towards others, I am afraid that he might have extreme reactions.

Now it' s me and them and it' s fine. It hurts my heart to say such things, but for the girls' sake I know it's better this way. They have seen far too much, I have to protect them from further violence.

Two years ago, after 20 years, I had to leave my job as cook in a canteen. Now I go on because in some periods my daughter hires me and then I get unemployment. I should also retire at some point, hopefully.

Melissa takes up my whole day, I never leave her.

She's great, I love her to the moon and back. She is hooked on me, like a leech. She has a hard time writing, she holds her pencil stiffly and doesn't write well, despite this she has all A's. Her A is like the other kids' A++! She is followed by a psychologist, a neuropsychiatrist, a speech therapist and a neuro and psychomotricity therapist at the RD rehabilitation center in Latina. When she arrives it's a party, even at school!

She fusses a lot about food because she gets obsessed and wants to eat only the same things over and over for long periods of time. When she gets upset she is tremendous, but then she will rush to apologize and kiss me."

When she talks about Melissa, Elisa's gaze lights up. Elisa is cheerful, energetic, after listening to the story, I am stunned by her strength. Not even the time to point it out and she stops me "Don't compliment me, it embarrasses me. To be totally honest, I' m dead tired honey!" she sighs.

"I have many worries and guilty thoughts concerning my son. He started to hang out in a bad company when, in order to take care of my husband illness, I started neglecting him.

I think about him living there and drinking alcohol of terrible quality. But I also know that, for Melissa and Desirè's sake, it's better that he doesn’t come back. I don't want them to suffer anymore.

I take care about everything. When I am exhausted, I can spend a whole day in bed! Then I pick myself up when I'm with her. We are always together, just me and her. I love Desire too, but Melissa is Melissa.

* Genetic testing for Huntington's disease in minors is allowed only in presence of founded clinical evidence. In any case, undergoing presymptomatic genetic testing in a minor is forbidden by the international HD guidelines. 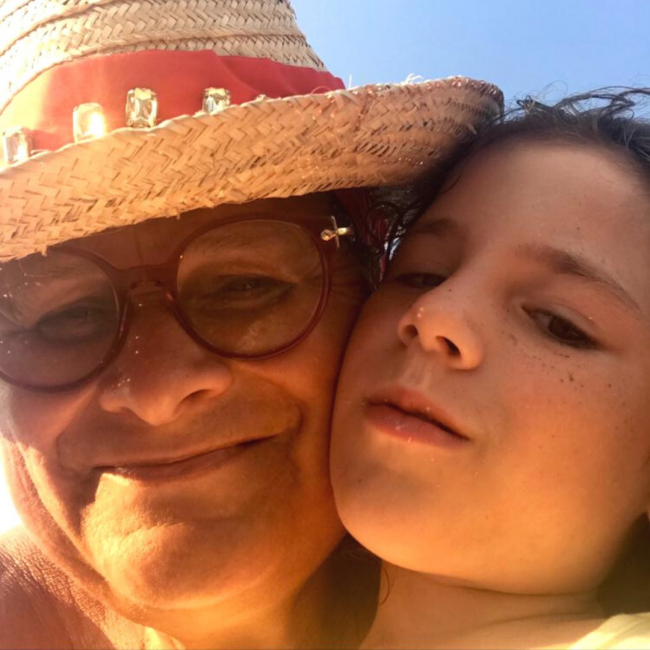