The person with Huntington's was my wife, Barbara Antonietta, who passed away 8 years ago at the age of 58. She showed the first symptoms six years earlier: at first very mildly; more evidently in the last two years, with uncontrolled movements and difficulty in speaking.

My wife had inherited the disease from her father. Her father's family was made up by three brothers and a sister. Now we know that out of four children, at least three were affected by HD. My father-in-law died at the age of 54 from cancer, so he never showed the HD symptoms. The same has happened to one of my wife’s brothers who died very young from cancer, but we are certain that he was affected by HD because some of my wife’s nephews have it. The disease's symptoms were evident in my wife’s aunt. I still remember when I was engaged to Barbara and we went to visit her: she had uncontrolled movements and when she spoke, I didn’t understand a word. At that time, nobody was aware of the problem neither of its cause.

When my wife started showing symptoms, a neurosurgeon friend of mine told me to do a CT scan. When he saw the risults, he immediately noticed a premature brain’s ageing. I remembered about my wife’s old aunt and I thought that it could be an hereditary disease, inherited also by my wife. We spoke to Prof. Caraceni who diagnosed Huntington’s disease and explained us its implications. Afterwards we looked for another specialist and found Prof. Squitieri who, from that moment on, has always followed my wife and has also included her in two or three clinical trials. My wife was aware of the disease, she understood everything and kept her mind clear till the end of her life.

My way of playing down has always helped her morally "Barbara, don't worry, we love each other. Don’t mind the disease, open the window and throw it away". There were a couple of friends who took her to the gym, to the hairdresser, took her around with the car and she was happy. We had a lady who came to our house and took care of her like a sister, with boundless love. Barbara was surrounded by people who supported her continuously, even from a moral and psychological point of view, she rarely had moments of depression.

Sometimes she used to say :"Now I go to the window, I throw myself down and kill myself". I used to say: “It's fine, but take the cats with you, don’t trick me I don’t want them here with me. If you take them with you, you can throw yourself down”. She immediately burst out laughing, because she imagined these cats lined up with the bundle on their backs falling down. The problem was clear but the only thing we could do was to minimize, joke and play around to make it as harmless as possible.

Over the years, the disease’s progression has increasingly impaired Barbara's ability to swallow. In fact, she died because a bite went down the wrong pipe, while she was eating. I hit her with blows on the shoulder, she expectorated, I thought I had solved the problem and I gave her a sip of water. I didn’t know that’s not the right thing to do, because if something is left, it comes back down the throat. This disease also causes swallowing problems and the death can be caused by choking. When my wife died, she was eating baked pasta, all cut into small pieces and all of a sudden she passed away.

Two days before my wife's death, I dreamed my mother-in-law who had passed away many years before telling me: “my daughter's earthly life is over, I take her away with me". Two days after my wife died, I dreamed her, telling me: “I'm sad because I can't find my father”. So we exhumed her father and cremated his body. I did the same thing with her grandmother who she had never met, but to whom she felt very close. Since then, my wife hasn't complained anymore.

I have two sons. None of them have been tested and none of them will. They both live normal lives. As a parent, I’m certainly concerned, but I hope in the hand of the Lord. The thing that reassures me, is that in my wife's family they all showed symptoms very late. Meanwhile I hope that by the time they will  eventually show the symptoms, research will come up with a cure.

After my wife’s death I kept in touch with the friends of LIRH Foundation and I was encouraged by them and Prof. Squitieri to set up an HD families association here in Puglia. We are lucky to have Prof. Squitieri here 'at home', in San Giovanni Rotondo and I’m glad for the assignment. It requires active participation and effort from all the association's members. In our area there is still the tendency to hide, to disguise, to feel reluctant and uncomfortable to publicly talk about a disease that also has psychiatric implications.

In public structures there’s not the right assistance, there’s lack of preparation and ad hoc expertise on the part of the medical and paramedical staff. LIRH Puglia association, of which I am President, wants to organize specific professional training courses for clinicians throughout the territory so that one day, in case of need, we could rely on the presence of competent people able to adequately manage this disease. 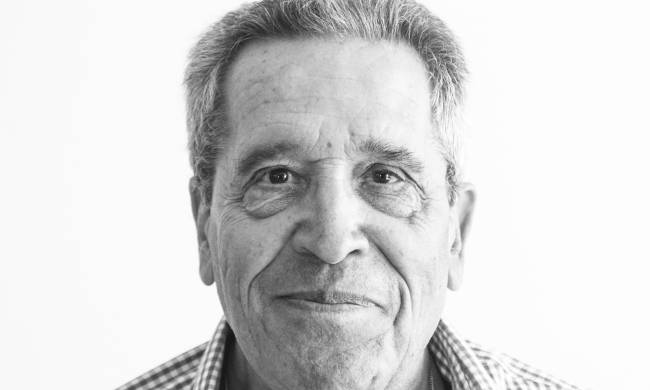