Huntington's disease is poorly understood. Often the diagnosis comes late, although many people may be sick in the same family.

We discovered HD with my mom in the 1980s. This disease was not known at that time.

My mom had 3 siblings: a boy and two girls. She and one of her sisters got the disease, one after another. The first who got sick was my aunt, but at the beginning we thought it was because she was an alcoholic. But then, when it was my mom's turn, we realized that it was something different, a real disease.

My uncle, who was a military man, like me, died at the age of 87. I recently discovered that he had HD too. The other aunt died of cancer.

We are five siblings: 4 boys and one girl. The oldest had married and gone to live outside the village. The other brothers had also gone to live outside. Then my parents sold the house that I had helped them build it. It was a palace: 8 rooms above and 8 rooms below. Then when the house was finished I left to go to work in Turin, with the idea of ​​returning to my hometown, sooner and later. Around that time my mom started having the first symptoms. With the money from the sale they bought another house where she died and where I still live.

When I went to visit my parents, I saw a strange mother. She had movement disorders. From 1987 onwards, when I saw her for the first time, she had accentuated movements, stood up, stamped her feet. The character has never changed, she remained a sweet person. We had been to various doctors, she was also hospitalized in a facility. It was still not clear what illness it was. She had been bedridden, they said there was a shrinkage of the brain. My mom got sick in 1985 and died in 2006. I still had small children and I couldn't move much from Turin. I didn't experience it in the midst of the disease. I was close to her when I returned from Turin and for the last year I was with her 24 hours a day.

Two daughters from my first wife. The third child, a male, was born in 1999. After 9 years of relationship, his mother and I broke up. I was a truck driver for 5 years and during that time I had a bout of prostatitis and thought I could not have children anymore. Instead, in 2009 another child was born from another women. I made the genetic test for HD in 2007: this time I knew there was a risk of transmitting the disease and so we did the prenatal test of the fetus, which fortunately gave a negative result.

My children are aware of the disease; at first they didn't want to know, they started crying. For now, none of them have taken the test. I'd like to introduce my kids to Noi Huntington's Association. I have been with LIRH for five years already.

I took the test because I needed to know, uncertainty kills me. At the beginning, I saw everything black, I was crying, I was sick. Now I am also taking depression medications.

Sometimes I forget things. I have never had suicidal intent or that negative thought of hurting myself, ever. Except when I found out that I was positive, but it was the only time. It took me a while, 2 or 3 months, then I reached peace.

Now I have lived with it for many years and I try to be positive. When I will start to get worse, I'll think about what to do. 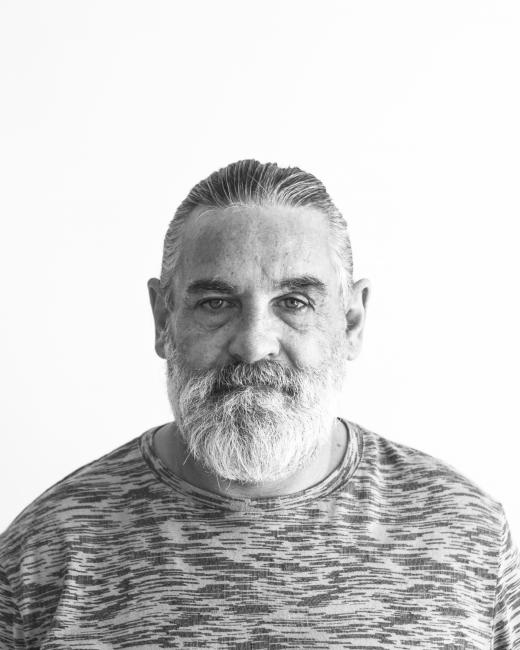