HD entered into my family with my grandmother. My mother tells me that, when she was still engaged to my father, she had already noticed something wrong with her mother-in-law. At the time this disease was not known and absolutely nothing of the sort was thought of. She was being treated like Parkinson's. When it got worse at some point and showed more obvious signs I was still small, 9 or 10, and I am the oldest of the female granddaughters. She was no longer autonomous and slowly manifested everything that has to do with illness and disability: she no longer spoke well, she dragged herself, she was always sitting on one side, it was necessary to accompany her to the bathroom, prepare her food and even feed her.

My grandmother had 7 children: they took turns to look after her. When my parents' week came and my mother went to work at the shop in the afternoon, I stayed at home with my grandmother. I did my homework and took care of her, I took her to the bathroom and changed her diapers. I don't think I've ever really interacted with my grandmother or to have seen her as lucid as she was before her illness. This was a big regret of mine: not having been able to really know her.

When my grandmother died, the disease disappeared. So we believed. We didn't know it was an hereditary disease, and we never thought about it again.

At a certain point, it reappeared with my uncle, the third of the brothers and the one who showed symptoms at a younger age, around 50. My uncle, like my father, had always had a very strong character, very impetuous, he jumped out of nowhere. He went from being grumpy to being kind as nothing. When the disease reappeared with my uncle, there was a sense of silence in the family, it was not talked about. They probably talked about it between brothers or in-laws. I have never asked my cousins ​​nor my uncles have ever talked about it with us. My uncle had a disease, but they didn't talk to us and we didn't talk to them

The signs were evidently like my grandmother's. In those years I was a bit far from my family because I lived as a university student in Bari. For fear of talking about it or something else, on the one hand I didn't have a chance, on the other I didn't even try to tackle the subject. I also take my responsibilities, I have never looked for information, as if it were something that could not concern me in the first person; I had my life, I did my thing, my choices.

Then my uncle got considerably worse, he quickly lost his autonomy. The illness lasted a long time, more than 20 years, and he died 2 or 3 years ago of pneumonia.

Then, it was my other aunt's turn, we started to see the movements in her too. Then, another uncle, the youngest of the seven, suddenly developed a severe depression.

My father was the one who showed signs at an older age. Being the eldest of the siblings, we hoped he wasn't affected by the disease, but we started to notice something wrong about him too. In the meantime, I started to inquire. He has always had the constant of a bad temper, sudden outbursts of anger. Managing my father was tough as a daughter.

After a stressful event, the closure of our family shop, the first symptoms began to manifest. Not only involuntary movements, but also behavioral changes: he became more aggressive.

I began to study the disease more in depth, it was already a couple of years that we had begun to understand that it was a hereditary illness. We found LIRH Foundation.

From the moment I studied it, I realized that the behavioral part is fundamental and that the type of treatment had to be different too. My father has changed since he took the drugs. I saw a different father, I understood that he had always had a disease and we had never noticed it.

We are three brothers and to date none of us have taken the test. I am the one who is facing it the most. I am still not convinced whether to take the genetic test or not. I don't know how I could deal with a positive result. If there was a cure, then it would be different, but now I couldn't do anything in case I tested positive. In addition, there is also a sense of protection towards my children. I want to think positively and so I want to hope that I don't have it and consequently neither do they. Not taking the test hides a fear of having it and in any case leaves you a chance. It leaves you in this state where it is not yet completely all yours.

Whether I have inherited it or not, HD is, and will always be, part of my life. There is the whole history of my family and my father's situation, that still has to evolve.

After all the path of knowledge of the disease from my grandmother to my father, I think that Huntington should not be experienced as an appeal to disability. Maybe it's my rational way of protecting myself. But if we were able from the beginning to follow a path both of disease awareness and of appropriate treatments, we can achieve a quality of life that was previously unimaginable and, above all, we can overcome that sense of shame, inadequacy and fear of loneliness. Knowledge can help us: it is the only weapon we have to be able to live our life with Huntington in a more peaceful way. 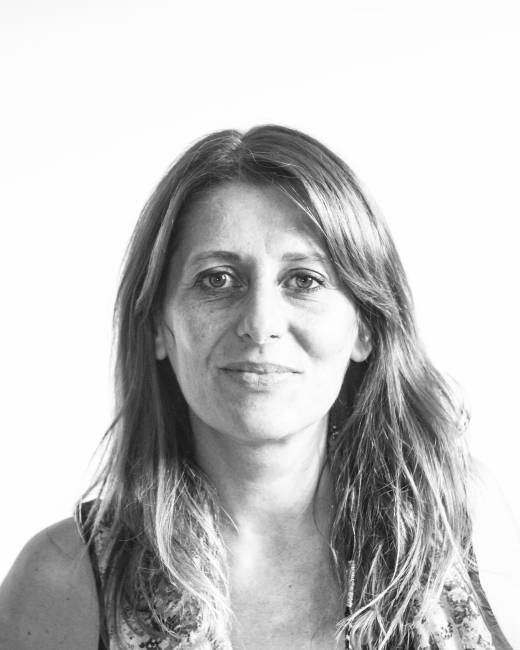