If I am here today to offer my testimony, it is because in my family Huntington's disease has been in my family for at least two generations: my paternal grandmother, Cira, whom I have never met, since she passed away before I was born, and my father, Francesco (in my family everyone calls him Franco, and I have never understood why, since "Franco" is not the diminutive of "Francesco" ☺), who has been struggling with the disease for almost twenty years and unfortunately, although slowly, is close to its final stage. Luckily for him, he has by his side an exceptional person, his wife Rosa (my mom), who, despite his many difficulties and aches, every day does her best to take care of him!

I am perfectly aware that my dad's condition makes me and my brothers and sisters " subjects at risk": the risk that one day we may have to open the door to an unwelcome and, above all, cumbersome guest!

I must admit that from 2003 (the year in which my father underwent the predictive genetic test) onwards, my interest in the disease has been intermittent: I alternated periods in which I read about it and others in which I preferred to ignore it altogether. This attitude lasted more or less until 2015, when I finally became aware that ignoring the problem would not remove it: I then asked myself how I could ACTIVELY contribute to the scientific research on the disease and decided to offer myself as a participant in the observational trial ENROLL HD, of which I had read on the Internet. At the time, it turned out that the only center in Italy that was recruiting volunteers for this trial was LIRH and the first visit was to be done preferably in the outpatient clinic in Rome: so, challenging the national transport strike taking place that day, I went to their clinic to start this adventure that continues to this day. This is also how I began my journey next to LIRH, which has led me to write these lines today. Perhaps it may seem absurd to even think this way, but if Huntington's disease wasn’t in my life, I would not have had the opportunity to meet wonderful people with whom I have also spent many moments of joy and light-heartedness, which I believe to be useful to better face, this and every other challenge, that life presents us: I avoid mentioning them all because I would run the risk of forgetting someone, and also of overloading the space available here!

My dad's older sister, Maria, my aunt, was also affected by the disease, and her first noticeable symptoms began to appear around her 50s. My aunt lived in Como together with her husband, Uncle Lino for us nephews, and had no children. During my university years, I used to visit them on weekends, and I always felt welcomed with warmth: so in those years, also thanks to the fact that my girlfriend at that time was from Como, I started to visit more frequently my aunt and uncle's house (especially on weekends). Then I had the opportunity to experience firsthand, although partially, the gradual deterioration of the living conditions of my aunt, which also reverberated on my uncle, who tried until the last day of his life to assist her as best he could and knew, with all the means at his disposal.

Since 2015, returning from a period of work around Italy and Europe, I moved to Como with my family and became for my aunt and uncle practically a point of reference (I would say more or less as a child should be for his elderly parents): my aunt was now bedridden for years (two caregivers alternated to take care of her) and no longer had the ability to speak. My uncle, older than her, was beginning to feel the weight of age. The follow-up visits at the "Carlo Besta" Institute in Milan had become a painful experience for her, since it was necessary to carry her on a stretcher in an ambulance. For this reason, in agreement with the specialist who was taking care of her and considering the final stage of the disease, we decided to suspend the specialized follow-up visits. I think that, unfortunately for my aunt, having had to give up the possibility of being visited by experts in the disease may have contributed to the worsening of her living conditions (an example on all: her general doctor treated her "cough" with a cough syrup, instead of thinking it could be caused by the food going into the lungs, because of my aunt's difficulty in swallowing!)

In that context I realized how important it was for a person suffering from this condition, especially if he/she lives far from the specialized centers, to have the possibility to be visited at home by an expert in the disease (in Como there are no neurologists specialized in Huntington's disease), as well as having a support network around her that can take care of all aspects of her life, both medical and non-medical (e.g. management of caregivers, bureaucracy, money, and so on) and I thought about how common that same condition could be to other people affected by this disease.

My aunt and uncle passed away within three months from each other, by a strange twist of destiny in coincidence with the two most important holidays for Christianity: at Christmas time my uncle (on the morning of 31/12/2017, in the hospital); at Easter time my aunt (on Good Friday, March 30, 2018, in the nursing home where she spent the last months of her life).

I can not say with certainty who was my aunt before the disease since in the period before the onset of the first symptoms, I had lived her only sporadically during the Christmas and summer holidays, when she came to visit us with her husband in Puglia. Yet, from those moments we spent together and from the stories I’ve heard about her, I can say that my aunt was a woman extremely devoted to her family, an excellent cook and seamstress, and she loved the company of the people around her, people who, as the disease worsened, " disappeared" like the fog in the morning.

After the death of my aunt and uncle, I managed on behalf of my father, the only heir, all the obligations related to the inheritance and it was then that I proposed to the family the possibility of using a part of that money to leave a "tangible" memory of my aunt, that would be connected to the Huntington's world.

The initiative of the scholarship was agreed with LIRH and I would like to take this opportunity to thank Barbara for her constant kindness in dedicating her time to me and for making me part of the process of definition of this initiative, in which I strongly believe.

Finally, I would like to thank in advance the future scholarship awardee "Maria Tassano": I'm sure you will do a great job and you will give an important contribution to the promotion of telemedicine in Huntington's disease. I would only ask for your maximum commitment and dedication in carrying out this task, also keeping in mind how many difficulties could be smoothed for patients (and their caregivers) through this medium. We could say, paraphrasing the famous proverb, "Since Muhammad cannot go to the mountain, then the mountain will go to Muhammad!". Sincere good luck! 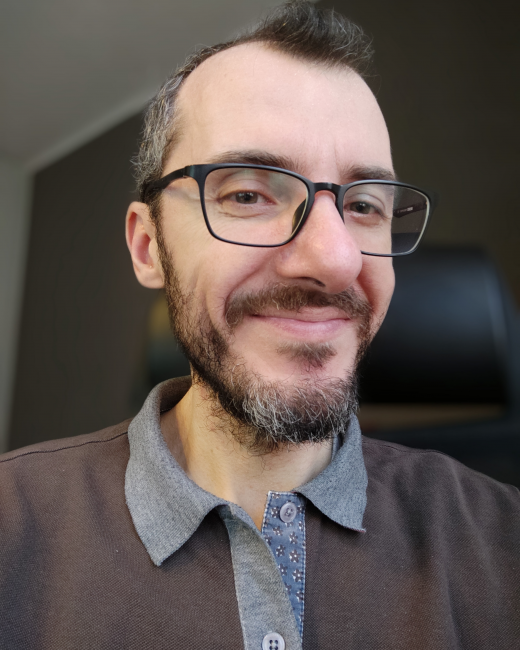