My name is Silvana. My story began in 1998 when my husband was diagnosed with Huntington's disease. If I go back in time, I remember that I heard about this disease, because an uncle of my husband had strange movements and, when I asked what he had, they told me that he was affected by 'córea', a rare and hereditary disease. From that moment on I began to wonder what would happen to my husband and I started asking questions. My father-in-law didn't have any movement disorders, indeed he was very slow. He had a concussion at the age of 55 after he fell at his job and he was recognized as invalid. He died at 69 from respiratory distress. They told me that they visited him to find out if he was gene positive, but they told me that he had nothig to do with the disease, now I wonder on what basis, since the test did not exist at the time. Honestly, i was allready scared by the name "Corea". I went on with the research until my father-in-law was exhumed in order to find out if he had truly right to the invalidity.

They told me that he had nothing to do with this disease. I had never heard of it before, I kept looking for informations but i couldn't find anything on the books. I tried to put my soul in peace and not think about it anymore. Until that day ... After 2 years of research, trying to understand what happened to my husband, that fell into a deep state of depression, they rubbed my face into the disease's diagnosis. They only did a blood test but nobody told me what would have happen to me. I continued living a normal life.

I had two beautiful children and a peaceful life, until the day when my life turned upside down. I pretended that nothing was going on, i kept taking care of my husband until 2010, when a heart attack took his life. On the day of the funeral my daughter, came up to me and said "mom you did everything you could for dad and you made us live peacefully": these words putted me at ease. It's true i tried to make sure that my children lived a normal life.

Another sharp change in my life: after the death of his father, my son began to have problems. What to say? It started all over again. Now he is 38 years old, he is very strong, he doesn't give up. It is hard for me, but especially for him and I feel guilty when I get angry and, moreover, I am worried about the other daughter, who fortunately is well. Every day I pray that at least her ... I don't have the courage to go further ... I believe in research. 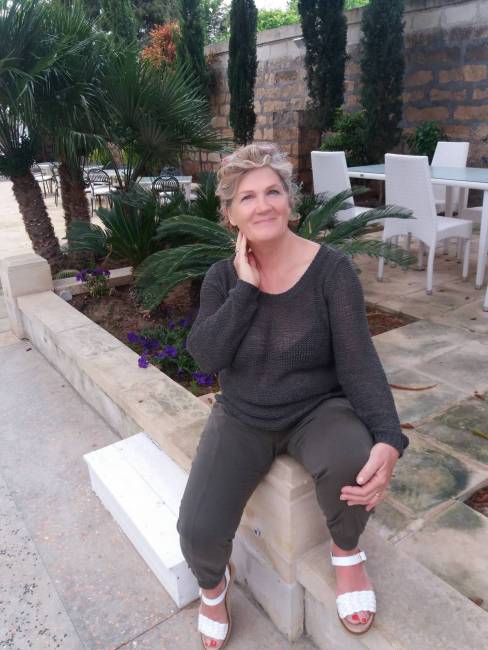