Huntington's disease has always been in my family. My dad passed away 5 years ago. He never had any symptoms, at least that I could see.

Huntington's disease has always been in my family.

My grandmother passed away a few months after my birth, so I have no memory of her. But I remember the first uncle who got sick. I always remember him sick, but I didn't know what he had. When I got older, I was told that it was a disease called HD, but I thought it didn't concern me.

My father passed away 5 years ago. He has always been fine to me, never had symptoms, at least that I could see. In 2011 he began to feel bad, he went into depression. I don't know if it was due to the illness, or to work situations. Since then, we have entered a kind of tunnel.

At that time -  I was 18 - I discovered that he had always had the doubt that he could have inherited the disease, even if he had never mentioned it, except to my mother. When we broached the subject, I suggested he take the test, to stop living in doubt. Driven by the desire to investigate and try to help him, we turned to a center in Bari. After some meetings, he decided to take the test: it was positive. At that time, I didn't think it could concern me too.

The fact is that 5 years ago dad committed suicide. I do not know if this action was due to HD or other causes. He did not leave any message, so it is something that I will never be able to know. On the one hand, it would make me feel better to think it was the disease. Anyone can think what they want, but no one has the right to give an explanation: I myself can't tell if it was for that or a set of other reasons. I don't like to associate my father's death with that illness, just as I don't like to associate it with other things. I don't judge him for his choice. He was always a very active person, sunny, smiling, a cyclone. His change was evident to all.

After my dad died, I started asking myself a few more questions, I started looking for information on the internet and I approached LIRH.

In recent years with my mother and I have been able to open up a little more. I certainly found a lot of fear in her, but I think it comes from a sense of protection towards me. The communication between us has opened up a little more since I started to approach the Association and it has happened several times to participate together in meetings organized by LIRH.

We are many people in our close family, we like to spend time together. We know we can count on each other. The disease, however, brings the cold between us: after the death of my uncle, another aunt got sick, and it got worse very quickly, so with the other uncles there was a sort of closure in communication.

I realize that I have had a harder time talking about this with my best friends, who are family friends and know mine and also know my uncles. Interestingly, I was able to open up more with my friends who I met at the University with whom I bonded a lot, because maybe they were a little more "far". In my opinion it is a question of culture, of knowledge of the disease. Now, on the other hand, I feel more the need to open up to my friends too, because I consider them almost like sisters and I feel the need to share with them too.

However, I do not feel alone, because I have my boyfriend with whom I can easily talk about everything. We have been together for 12 years and he has lived with me everything. He supports me on this path, we have often talked about it, there is total openness, he came with me to meetings with LIRH.

We would like to raise a family together. However, it is impossible to think about this perspective without thinking also to HD. We will face this, when we will feel ready.

Currently, my relationship with the HD is the following: I have not yet made a decision whether to take the test or not, but I want to understand more.

I graduated in pharmaceutical chemistry and, partly because of my studies, I think maybe it would be better to know. Even if nothing can be done to cure HD, I am following the various steps of the research with optimism. Sometimes I think that maybe we are in the right time to have a breakthrough. I am participating with LIRH in the Enroll-HD research program.

Before deciding whether or not to take the test, I need to go through a psychological path.

Finally, I prefer to understand, not to let things go their own way. Knowing I can share my story  with other people makes me feel better.

Testimony collected in the context of 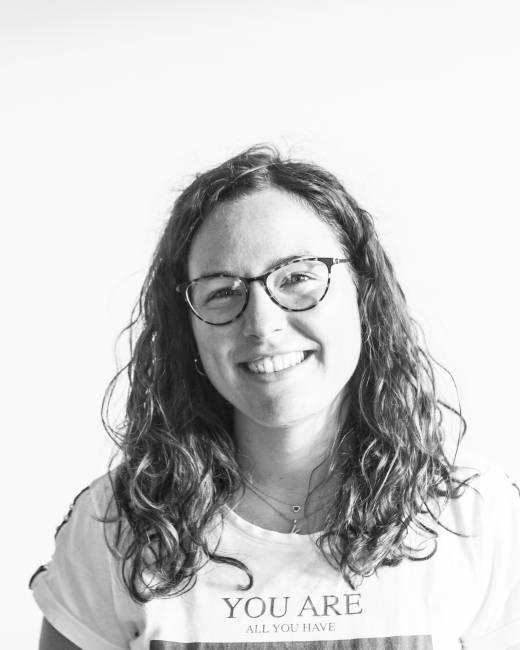