A recent study published in “Experimental Brain Research”, a journal of the Nature Group, investigates the relationship between the ability to visually scan and the difficulty of recognizing others’ emotions, in the pre-symptomatic phase of Huntington's disease (preHD). Why is this important?

We asked Dr Simone Migliore, neuropsychologist and researcher of the Huntington Research and Treatment Unit at CSS-Mendel in Rome, section of the IRCCS Casa Sollievo della Sofferenza and LIRH Foundation's consultant, to tell us something more about the study.

Beyond Movement ... The Cognitive Disorder in Huntington's Disease

In people who have inherited the genetic mutation responsible for Huntington's disease, signs of changes in the cognitive process can already be seen in the so-called presymptomatic phase, preceding the one in which symptoms related to movement and eyes disorders occur. These cognitive alterations which, at this stage, manifest themselves as alteration of a cognitive function called "cognitive flexibility", as described by a very recent study, then progress in the course of the disease. Cognitive flexibility indicates the ability, for example, to move from one task to another or the ability to adapt a certain task already learned to other situations.

The cognitive flexibility alteration of the of an HD gene carrier is linked to changes that also occur in the brain. Therefore, people who will likely show symptoms in the next 10 or 15 years, already today show alterations in their brain circuits, detectable with neurophysiological and imaging methods.

As the disease progresses, the cognitive disorder - as well as worsening on the aspects already presented in the pre-symptomatic phase - begins to manifest itself with a slowdown in processing information, difficulty in attention and concentration, in programming the various activities to be carried out during the day and fixation memory difficulties. As the disease progresses, these disorders worsen, leading to the full-blown dementia in the final stages. 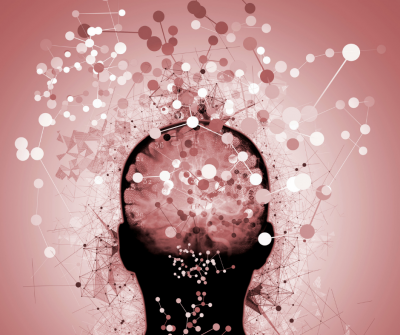 Can you briefly describe how did the study start?

Our goal was to investigate the ability to recognize emotional states by those who are experiencing a pre-symptomatic phase of the disease and correlate it to the ability of visual scanning. Visual scanning is the way in which people explore a space with their gaze. This process has been studied in psychology for several years and it has been noticed that, in order to recognize emotions, people tend to focus on certain parts of the face with longer time fixations in some areas and less in others. Our study, which began in 2018, involved 18 people with Huntington's disease in a pre-symptomatic phase and 18 controls (people without the mutation, with no current or previous neurological or psychiatric disorders).

How did the idea of ​​the study come about?

The idea was born from the analysis of the rational in literature, which highlights how in the pre-symptomatic phases of the disease there may be an alteration of the ability to recognize complex emotional states in others (for example: anger, sadness, disgust, fear) or a difficulty in correctly interpreting other people's thinking based on their facial expression (the ability to make inferences about other people’s mental state is called "theory of mind").

What is the study outcome?

The study has highlighted that people in the pre-symptomatic phase have difficulty in recognizing the emotional state, associated with an alteration of the visual scan. In particular, we recorded shorter visual fixation times and a lower number of fixations in the areas most sensitive to the emotions’ recognition. So: less fixations and for a shorter time.

We noticed that these two aspects were statistically correlated: the lower the number of fixations and the time spent scanning these areas, the worse was the performance in recognizing the emotional state of the other person. This opens up a new scenario that relates two previously unrelated aspects: the ability to recognize emotions in others and the ability to scan visually.

The difficulty in the fluidity of the gaze in people with HD already from the very early stages of the disease is known. For the first time, our research highlights the association between the difficulty in recognizing emotions and the adequacy of visual scanning, measured through an instrument called eye tracker.

The difficulty of recognizing emotions by those in a pre-symptomatic phase would not only be linked to the eyes’ motor disorder, but also to the inability to correctly interpret others’ thoughts, as a consequence of the alteration of the socio-emotional stimulation mechanism (theory of mind). 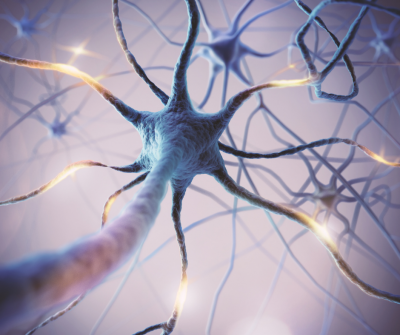 Why does the research focus on the cognitive disorder in Huntington's disease?

The scientific interest is not only to better characterize the cognitive disorder in Huntington's disease, but also to better understand its correlations with behavior and movement disorders.

"The study of the cognitive processes that precede the motor alterations", comments Dr Ferdinando Squitieri, co-author of the study, Head of the IRCCS Casa Sollievo della Sofferenza/Mendel Huntington Unit and LIRH Foundation Scientific Director "is essential to provide a correct interpretation of how the disease develops over the years, from its beginning to the clinical manifestation of the first symptoms, an aspect that needs to be considered in shaping future neuroprotective treatment ".