Evidence shows that the global number of people affected by Huntington will have to be reconsidered. The study was conducted by the LIRH Foundation in collaboration with the researchers of the Casa Sollievo della Sofferenza / Mendel coordinated by Ferdinando Squitieri.

IRCCS Casa Sollievo della Sofferenza, through the Huntington and Rare Diseases Unit directed by Ferdinando Squitieri and the Biostatistics Unit directed by Tommaso Mazza, together with the Italian Huntington Research League Foundation (LIRH), the National Genetics Center and the Royal Hospital of Muscat and to the Biostatistics Unit of the University of Cassino, has opened a new window on the potential 'dimension' of this rare disease. The institutional support from the Omani Ministry of Health and our Embassy was precious, especially in the initial phase.

Until now, there was no information about the numbers of Huntington's disease in the Middle East after the discovery of the gene (1993). Thanks to this study, we now know that in the Middle Eastern area considered, the estimated prevalence of Huntington's disease and the incidence of disease are in line with the numbers of Western populations (between 5-10 per 100,000 inhabitants), numbers that appear to be coherent with the projection of those that will supposedly be affected over the next 30 years in that area.

We also know , that the 400 million inhabitants of the region studied were not taken into account in the estimate of the worldwide frequency of disease and we can also affirm that the frequency of Huntington's disease with juvenile and pediatric onset is higher in that area than other parts of the world: 13-14 people per 100 affected people (one hundred), compared to the known average of 5-10 people per 100. 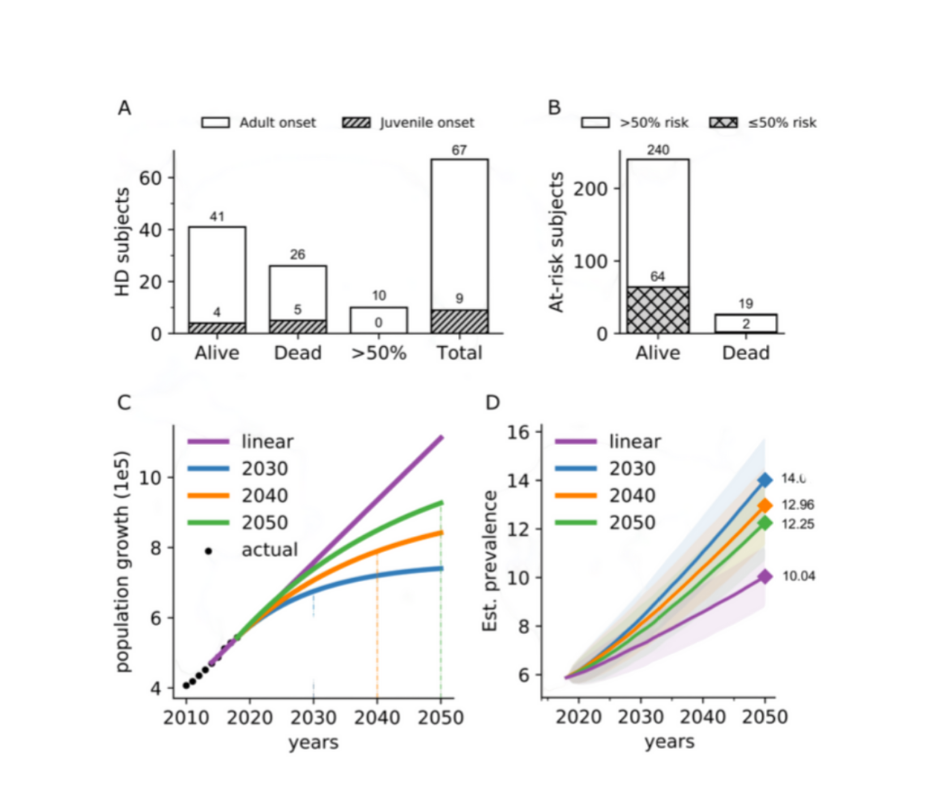 "The clinic and of genetics has unique peculiarities in this population, as we have already described recently (Tracing the mutated HTT and haplotype of the African ancestor who spread Huntington disease into the Middle East - Genetics in Medicine), and this evidence will help us to provide explanations on the high number of juvenile and pediatric onset forms ”, commented Ferdinando Squitieri.

All this leads us to believe that the worldwide estimate of Huntington's disease frequency, which currently appears to be around 150,000 affected people, needs to be substantially reconsidered.

Frequency: indicates how many people are affected within a given population

Incidence: Indicates how many new people will be affected each year in a given population

Prevalence: indicates how many people alive are affected or at risk for every 100,000 inhabitants (e.g.) in a given region

Read the article Incidence and prevalence of Huntington disease (HD) in the Sultanate of Oman: the first Middle East post-HTT service-based study