Participant in the PROOF-HD experimental trial for Huntington's disease

The testimony of Renato, 66, and his caregiver Nino.

Nino, what role did you play in your wife Rosanna's decision to enter this trial?

Let's start with a frame, otherwise the picture won't come out with the exact colors. Renato is an introverted, withdrawn boy. Many years ago, after his mother got sick, we were called by Ferdinando (Squitieri, editor's note) who told us that it had been developed a predictive test for Huntington's disease. Renato underwent this test and we discovered that it was positive. From that moment, his life changed. After some time, he separated from his wife. He was already an orphan. He lived most of his life alone. Renato and I were schoolmates, united by a common passion for photography. He was a son of art, I was acquired by him. We set up a business together. We married two sisters, we both got divorced. Renato took all his decisions by himself, without ever letting anyone in on his choices. I have been the closest person to him for some time. After many years of friendship and work, we have built and reached a perfect understanding. Each one aware of the limits of the other. In life, as in work. I took care of 50% of the work that Renato didn't like and vice versa, in a complementary way.

Ferdinando had proposed to Renato to participate in the Generation-HD trial, but the need to perform the spinal injection and the logistical difficulties arising from the study organization discouraged him. When Ferdinando later told us about this new trial (Proof-HD), logistically more practical for him, Renato was immediately convinced. What keeps him alive is hope in research. He chose alone, freely, animated by the enthusiasm of a positive result. I stay by his side, as I have always done, but I do not replace him. I would like him to maintain his autonomy as much as possible. I don't want to influence his choices.

Another important issue, which positively influenced the choice, is the relationship and trust in Ferdinando. For us he is like "the messiah". His proposal and his trust in the drug played an important role. A series of favorable elements have intertwined, which made it possible to avoid a major dilemma about which was the right choice. The decision to participate in the trial came naturally.

I just dread the placebo, because that would be a huge defeat for him. He prefers to think that the drug didn't work, rather than thinking that it was a nefarious "trick" of fate that made the difference.

Renato is aware of the possibility of the placebo, but has decided not to put any emphasis on it. He has trusted and thrown himself headlong into what he considers, to date, his only hope. I believe that, for him, the mere fact of having started this trial plays an important role as a positive stimulus. His other great foothold remains the archive of photographs in which he continues to work. He has arranged with a driver to take him to the office, he spends most of the day there and in every way he tries to protect his autonomy. He buys his cigarettes and lunch in his trusted places, where they know him and defend him from outside 'attacks' and insults. For example, in the bar where he usually goes, one day someone shouted at him: "Ehhh, this guy is already drunk in the early morning". The bartender immediately defended him and lashed out at the guy. With Renato I understood that one of the battles that those who live with this disease are forced to sustain on a daily basis, is that against the ignorance and meanness of many, too many people. These episodes are really lethal. The "street" can become a condemnation.

Renato, is this the first time you participate in a trial?

Yes, it is the first time

Why did you decide to participate?

Because I trust Ferdinando.

How did you meet Prof. Squitieri?

We've known each other since Ferdinando was very young and worked at the Policlinico of Naples where he was head of neurology. At that time there wasn't even the possibility to test for Huntington's disease yet. When there was the possibility to do the test, Ferdinando prepared me for it, I decided to get tested and I tested positive. Between us there has always been a relationship of complete trust. I welcomed any suggestion from Ferdinando. I only felt unsafe about the spinal injection, I was too scared of such an invasive procedure. When he proposed this trial though, I embraced it with enthusiasm. I trust that it can be helpful in slowing down the course of the disease.

How do you feel today?

Normal- laughs- everyone is asking me this today. I feel normal, excited. I don't think it will work like a magic wand, but I believe in it. I decided to participate very naturally, I'm ready.

Good luck, that's all I have to say. Hopefully it goes well for everyone, but I'm very positive! 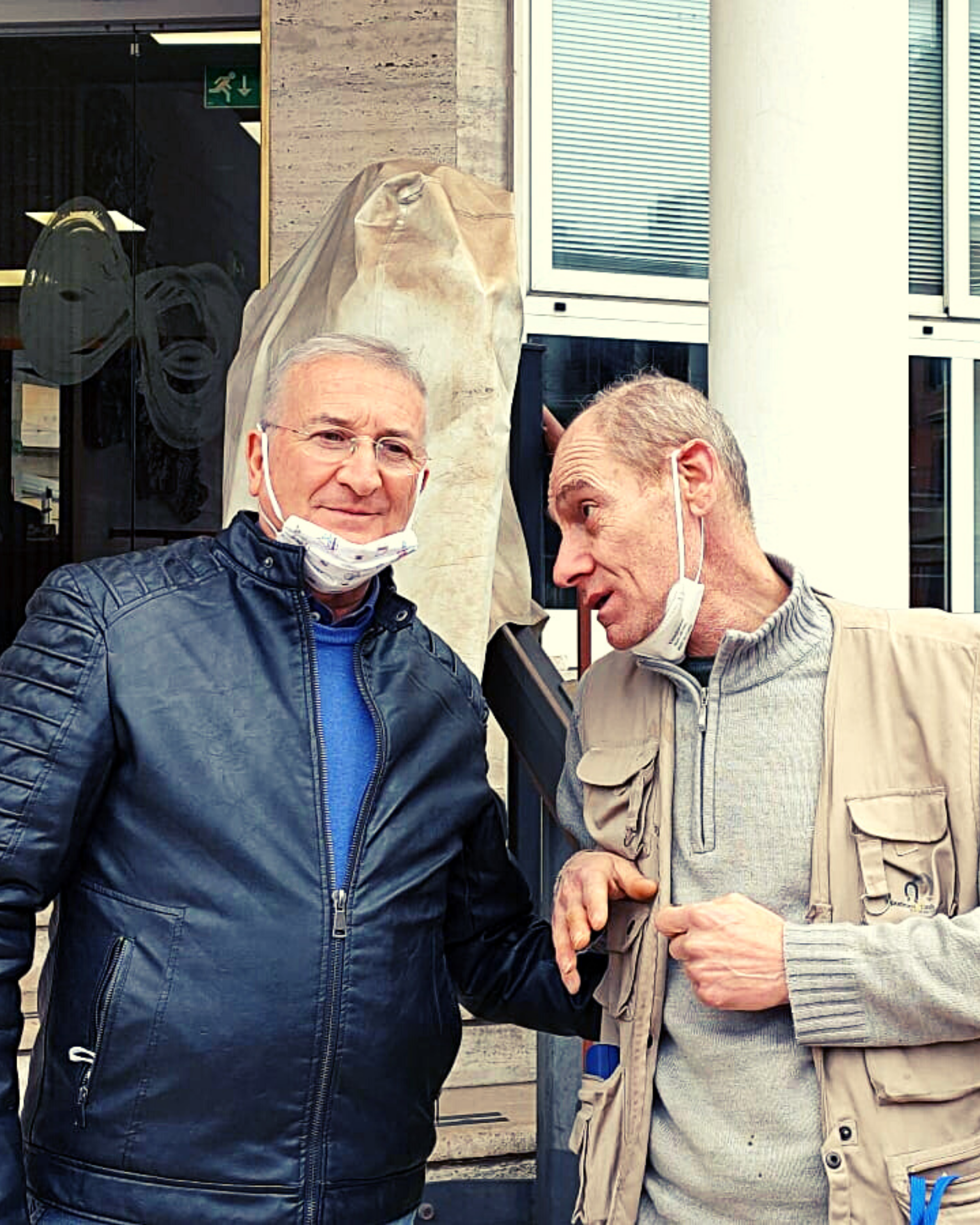